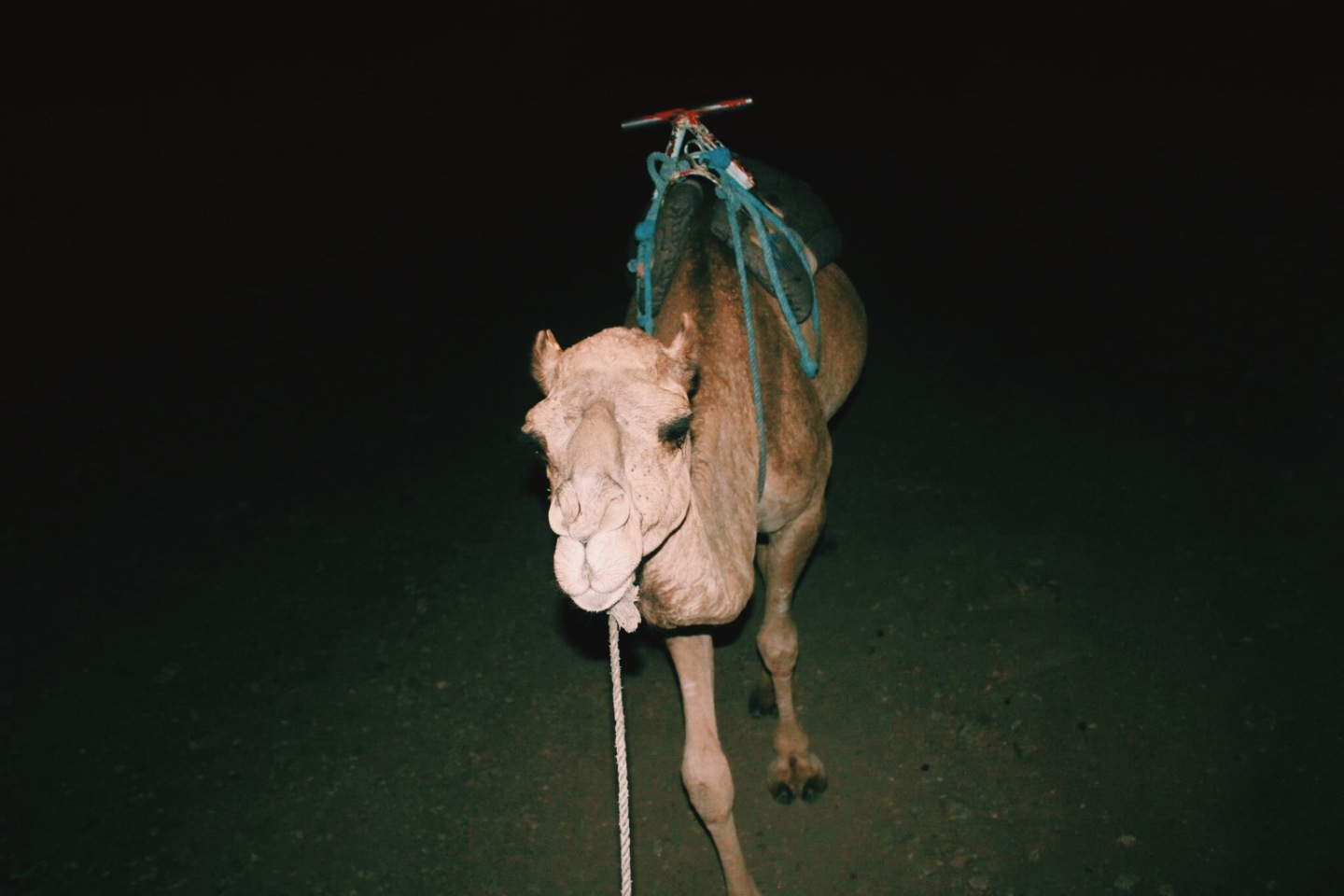 We pay the ferryman with a coin into his mouth and he whizzes us across the Strait of Gibraltar, across waters of indigo and cerulean collapsing into jade, a white foam skirt trailing behind us. At the crest of every wave I release a breath–exhaling my Western anxieties, the weights I carry at home in Prague, those obligations and fears of the unknown. None of that matters in Morocco. And this feeling inside of me spreads throughout my body like a drunken warmth, a pocket full of ashes–the anticipation, it tingles. I thrust my face in the wind. My eyes water and I exalt the sun.

My body sinks into the ferry as it descends into another world. Down, down, I whisper to myself, into the lovely, dark, and deep. Nearing land we circle a raft of souls that try to cross without paying the ferryman. About five or six bodies huddle on the raft but I can’t distinguish their faces from the distance. A helicopter circles our heads, ring-a-round a rosie, coastguard ships swarm upon them from either shore. Our ferry sweeps us away and I can’t see what happens to them, but I know that no one gets across without paying.

Fresh off the boat into Tangier we meet yet another sea–one of solicitors, echoing salam! bonjour! hola!, waving us into cabs, into the market place, offering to guide us to our destination (for a fee, of course). We walk past them and find our way onto the sticky seats of the Souk Bus, the only two girls without their heads covered. The bus swerves off on a curvy road and I stare out at the orange rocks, trying not to notice the turning heads with eyes that burn through me.

The bus takes us into the city of Chefchaouen, its buildings washed white and blue by the hands of Jewish refugees in the ‘30s. From a terrace we hear the mosques calling throughout the city, singing to each other through megaphones posted on towers, the Arabic melody rising above us in the peach glow of the setting sun. Within the enclave of the Rif Mountains, the town becomes an amphitheater. I hear children playing down cobblestone hills, Moroccan women talking together as they pin up laundry, waiters offering hash to tourists, the skin of goats slapping the ground. A city of sounds. Standing at just the right place, I can hear anything.

Fes is even louder. Its medina loses us like a labyrinth, donkeys carting skins down narrow passageways, the fleshy smell of leather tanneries kept in by the rainclouds. The French man who hosted us said we were lucky to come when we did. The festival occurred a few days before our arrival, an animal slaughtered in every household. Streets covered in blood, he told us. The rain had washed it away.
In Marrakech, the rain wants to wash us away as well. Rain pours over the market alleys and we seek refuge in couscous tagine pots and mint tea. The square of the Jemaa el-Fna floods as shop owners scurry to collect their inventory into plastic bags, but the horn of a snake charmer never stops singing. Insha’Alla, they say. God’s will. Overhead, dark clouds threaten us for days until, finally, we descend further south, crossing the desert threshold into the city of Zagoura.

After zigging and zagging on the edge of the Atlas Mountains we arrive in the Sahara, leaving behind the dark clouds for a transparent night sky. I had never seen the stars so clearly–the expanse of sky opened itself to us as we mount our camels and join the Berber nomads. In their turbans they play drums and castanets and sing by the camp fire, beckoning us to drum and dance with them. When we dance and sing there under the night sky surrounded by nothing but a sea of sand for miles, I am lost in the present–not in my fears, not the weight of a future I have yet to establish. I crave the unknown. The rest of our party retreats to their tents, but we don’t follow. Two Berber boys walk us through the desert, outside the edges of the campsite, past the sleeping camels, sinking into sand dunes as we try to climb them. When we’re far enough, we fall onto our backs. Perched at the crest of a dune, we bury ourselves in a sand blanket, cuddled in the warmth of the day kept insulated, the night sky glimmering overhead, our breath creeping to silence in mimesis of the stark desert air.

One of the young Berbers who had helped in our sand baptism gestures to the sky. You, at home in America, you have T.V.’s to watch, television…artificial, right? But this… he says, spreading his arms at the white moon, the black screen so clustered with constellations, with shooting stars, millions of light-years trapped in one singular moment of time, this is the television of nomads. 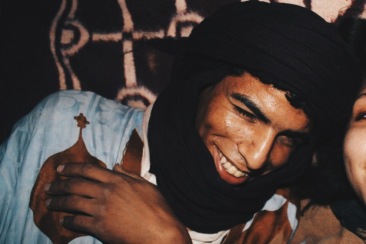 Fun in the Desert 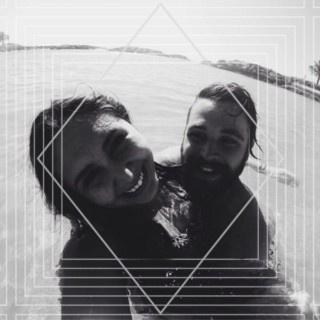